Impotence among males is well documented. For that, we have to acknowledge a groundbreaking study that was completed back in 1989.  The Massachusetts Male Aging Study was a community based, random sample survey of men between the ages of 40 to 70, and was conducted from 1987 to 1989.

A self-administered sexual activity questionnaire was used to characterize erectile potency. The combined prevalence of minimal, moderate and complete impotence was a whopping 52%. Importantly, the prevalence of complete impotence tripled from 5% to 15% between subject ages 40 and 70 years. And subject age was the variable most strongly associated with impotence. After adjustment for age, a higher probability of impotence was directly correlated with heart disease, hypertension, diabetes, associated medications, and indexes of anger and depression. Impotence is a major health concern because it affects over half the male population, and it is strongly associated with age.

So does this mean as a man gets older he should expect to have less sex or even no sex? Not at all. There are many ways men can retain or regain their sexual function. Choosing a healthy lifestyle is a great start. This includes diet, exercise, quitting smoking, and watching your alcohol consumption. But for many men this is simply not enough. As the Massachusetts Study demonstrates, as men age the ability to achieve and/or maintain an erection can become challenging, even for men with no contributing health issues.

HeezOn® was developed to address these issues and provide support for male sexual function. HeezOn®  is an all-natural supplement and has been clinically proven to benefit men experiencing Erectile Dysfunction (ED), Premature Ejaculation (PE), and varying degrees of impotence.

HeezOn® has been tested extensively and proven to be effective in a large independent study. The clinical trial report was published in the American Journal of Therapeutics and you can read it here. The report is technical in nature but the high level results are stated clearly in the introduction. The combination of ingredients in HeezOn® actually works.

Here’s how the study was conducted. Males aged 21–60 with erectile dysfunction, premature ejaculation, or other forms of sexual dysfunction were studied. To ensure full transparency, a triple blind, randomized, placebo-controlled, parallel-groups trial was conducted with strict compliance to good clinical practices.

The results demonstrated an across the board improvement in male sexual function compared to the subjects receiving the placebo.  There were virtually no side effects or adverse reactions from the test subjects. The study also showed that despite the overall improvement of sexual function, treatment had no significant impact on testosterone levels of the men in this study. So HeezOn® produces positive results without acting as a testosterone booster.

We invite you to read and review the full study. We encourage you to give HeezOn® a try, even if you aren’t currently experiencing sexual dysfunction issues.

The clinical trial report was published in the American Journal of Therapeutics. 18, 162-169 (2011): Efficacy and Safety of Two Polyherbal Combinations: E-MA-H and E-MA-HP in male Sexual Dysfunction. 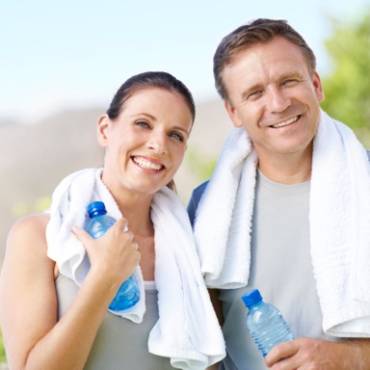